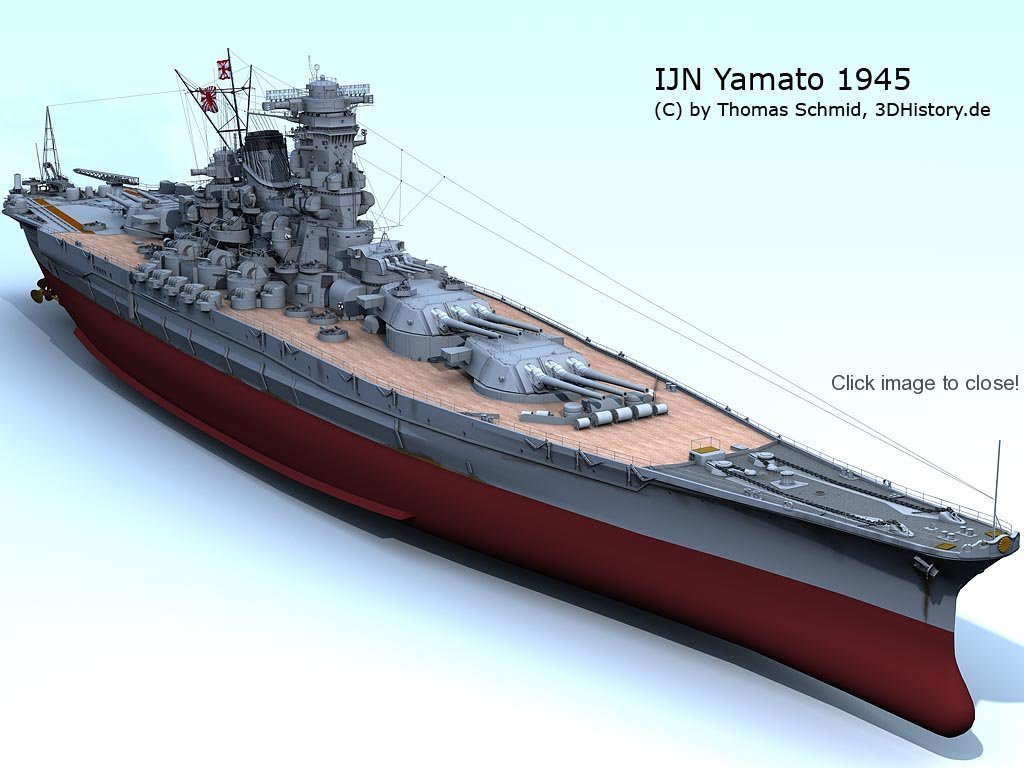 Yamato (大和) was the lead ship of the Yamato class of Imperial Japanese Navy World War II battleships. She and her sister ship, Musashi, were the heaviest battleships ever constructed, displacing 72,800 tonnes at full load and armed with nine 46 cm (18.1 inch) 45 Caliber Type 94 main guns, which were the largest guns ever mounted on a warship. Neither ship survived the war.

Named after the ancient Japanese Yamato Province, Yamato was designed to counter the numerically superior battleship fleet of the United States, Japan’s main rival in the Pacific. She was laid down in 1937 and formally commissioned a week after the Pearl Harbor attackin late 1941. Throughout 1942, she served as the flagship of the Japanese Combined Fleet, and in June 1942 Admiral Isoroku Yamamoto directed the fleet from her bridge during the Battle of Midway, a disastrous defeat for Japan. Musashi took over as the Combined Fleet flagship in early 1943, and Yamato spent the rest of the year, and much of 1944, moving between the major Japanese naval bases of Truk and Kure in response to American threats. Although present at the Battle of the Philippine Sea in June 1944, she played no part in the battle.

Yamato Under Attack at Kure in April 1945