We Should All Be French Waiters! Article 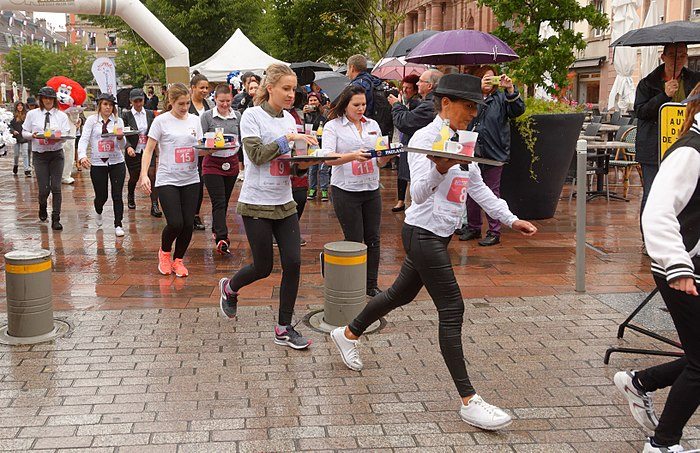 In this article in Telegraph.UK, called “Why We Should All Aspire to Be French Waiters”, the author makes a case that a recently fired Vancouver waiter – who was French – is the direction that we should be going in.  The waiter was fired for being ‘rude’ but countered that he was merely being French!

French waiter Guillaume Rey has been sacked from a Vancouver restaurant for (allegedly) being aggressive. His attitude to fellow staff members was apparently intolerable. According to management, he had to go. “Nonsense,” said Mr Rey before the subsequent employment tribunal. He wasn’t being aggressive. He was simply being French – more specifically, a French waiter. The French catering culture was, he claimed, more direct, honest and professional than the soppy, consensual world of the hospitality trade in the English-speaking spheres. It wasn’t his fault that they couldn’t cope with his higher standards. I paraphrase, but that’s the gist.

You see, there are cultural differences in the way of the Cafe, Coffee, Gastronomy.  Food in France is not just food, but an Art Form.  I was told years ago by a friend that the French had cows but were grass-fed.  So the beef was tough and sinewy.  That’s why the French developed a litany of sauces and preparations for beef. So the story goes. Food is serious.  Food servers, i.e., waiters are serious.   France is where “The Waiter’s Race” started.  This race is serious business in France.

The fact is that we, in Britain and our former colonies, don’t take waiting seriously. It’s what we do before something proper turns up. The French are different. For them, waiting is an honourable profession exacting respect. You can tell from the aprons, waistcoats, bow-ties – and age. These are – often venerable – people convinced that they are furthering the important cause of French gastronomy. They are therefore key constituents of French life, as British waiters are not. They might carry an order of a dozen different drinks in their heads, deliver them all to your terrace table on one tray, hail a passing taxi driver, give directions to Notre Dame – and get your change right, simultaneously. They are busy people doing important work. Naturally, then, they will be irritable when one of their number fails to come up to scratch.

The article has a good sense of humor about this situation.

French Waiters in the “Waiter’s Race” to prove their skills at holding their trays steady.

Or when the customer changes the 12-drink order – in English. Imagine trying to change a 12-drink order in a British pub, in French. In truth, I don’t have to imagine. In London some time back, I played the part of a French tourist unable to speak English for some hare-brained article or other. On entering a pub in Soho, I ordered: “Un demi-pression, s’il vous plaît.” The bar fell silent. People stared. (We were, may I repeat, in Soho, not the Outer Hebrides.) And the barman cried, to acclaim: “Oh no, no, no. We don’t do foreign here. You’ll have to try harder.”