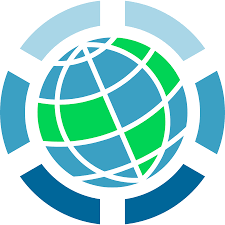 I have always keenly watched Economic trends – not that I understand all the intertwined mechanism driving economies and economic trends.  However, one can see that the immediate trends are affecting people on a global basis.    If you are entrepreneur, then you need to pay attention to these crises.

Inflation – both global and the US –  This trend is affecting all Americans and others around the world in terms of global food shortages, fuel costs and more.  Recently massive riots in Sri Lanka devastated the country, have caused the Prime Minister to flee and resign and brought the country’s economy to its knees.  US Inflation is at an official 9.1% but I think it’s nonsense.  I have said that it’s closer to 12-13% so check out Shadow Statistics.

China’s Debt Crisis – China’s property developers don’t deliver on their contractual promises.  So the buyers are withholding payment.  And now the property development suppliers are doing the same.  This is a trickle down Ponzi scheme.   Here is a choice paragraph:

“We decided to stop paying all loans and arrears, and advise our peers to decline any requests to be paid on credit or commercial bill,” the group said in the letter dated July 15, which was sent to the developer’s Hubei office. “Evergrande should be held responsible for any consequence that follows because of the chain reaction of the supply-chain crisis.”

As Bloomberg oh so perceptively puts it, “the payments protest is the latest sign of how a movement by homebuyers to boycott mortgages on unfinished homes in China is spreading to affect other sectors in the economy.”

Yes it is, and it’s also why Beijing should be freaking out (if it isn’t), because what is taking place in China is far worse than what took place in March 2020 when the global credit machinery ground to a halt, only back then it’s because there was no other option, now it’s a voluntary development and not even fears of reprisals from China’s ruthless, authoritarian, Lebron-beloved dictatorship is stopping millions of people from calling for a systemic boycott, one which can topple China’s entire $60 trillion financial system in moments.

It’s so bad, even Bloomberg has given up trying to put lipstick on this particular pig:

The development underscores a dilemma for Xi Jinping’s government as it grapples with who to bail out as the country’s property crisis deepens: Relief for some borrowers could prompt threats of non-payment by a whole host of others. While bending to demands for support could put a strain on state finances, ignoring them might lead to a spiral of defaults as more and more borrowers refuse to meet their obligations.

The mortgage strike, which kicked off in late June in a stalled Evergrande development in Jingdezhen, has rapidly grown to at least 301 projects in about 91 cities. The protests have exacerbated the country’s real estate woes and threaten to derail attempts to revive the market amid an economic slowdown. According to some estimates, millions of mortgages are now involved.

Europe Energy Crisis – When Europe decided to sanction Russia over the Ukraine, they miscalculated on the basis of virtue-signaling.  Note: I support Ukraine against Russia in this war.  But that still doesn’t mean that you shouldn’t take stock of your weapons and tools.  And Russia had the tool of natural gas supplies.  NATO pushed west since 1991 despite agreements.  And the US supported – if not created- the 2014 coup in the Ukraine.  Getting paid in rubles has only increased the value of rubles, making the Russian currency as the best performing currency this year.    Sanctions backfired.

Blockchain Blowup – the recent blowup of several digital areas including the blockchain – token world with Celsius Networks, Voyager Digital and the Tether/Luna implosion.  This world is not yet finished blowing up with the NFT art world, inspired by silly celebrity driven greed, also implodes.

In other news, the government of Italy collapsed today with its 20th government since the fall of the Berlin Wall.  Mario Draghi was a Goldman Sachs banker so maybe that’s a good thing for the country…