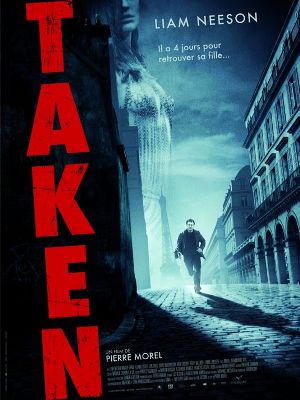 Neeson plays a former CIA operative named Bryan Mills who sets about tracking down his teenage daughter Kim and her best friend Amanda after the two girls are kidnapped by Albanian human traffickers for sexual slavery while traveling in France. The film grossed more than $226 million. Numerous media outlets have cited the film as a turning point in Neeson’s career that redefined and transformed him to an action film star.[5][6][7][8][9][10] A sequel, Taken 2, was released on 5 October 2012, and a third and final film, Taken 3, was released on 9 January 2015.