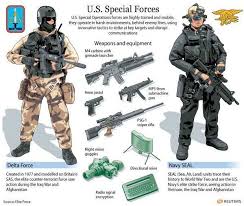 U.S. and S. Korean forces are currently training on the Korean peninsula.  Specials Forces such as Army Rangers, Green Beret, SEALs and more are training.  Perhaps some with a mission to eliminate Kim Jon-Un, dictator of North Korean.  The same Kim Jong-Un who has shot loyalists on his own staff with an anti-aircraft gun for nodding off at ceremonies and less insults.

Of course, the internet comes through with the North Korean Uncovered Project which seeks to use satellite images to discover the buildings, structures and more in North Korean.