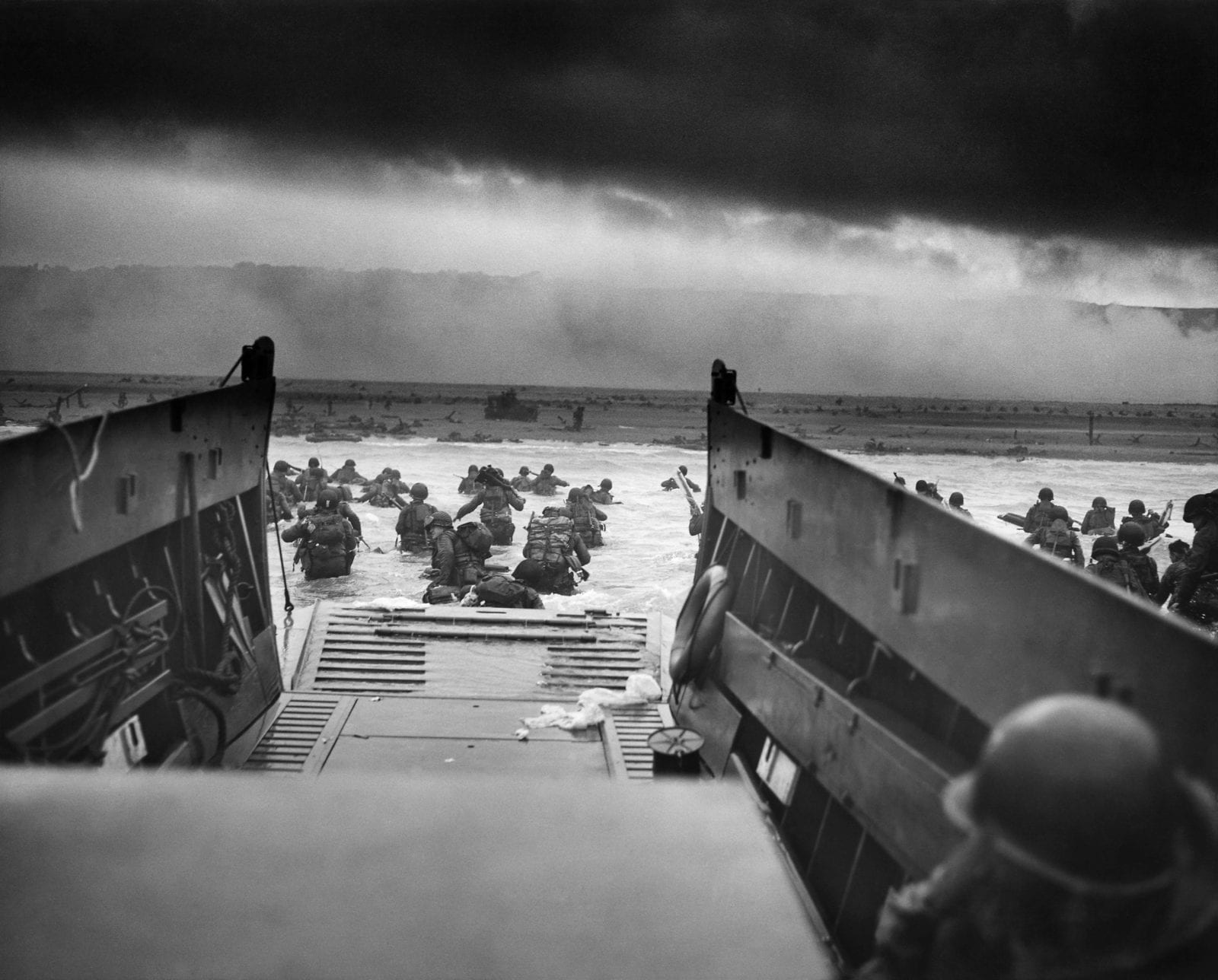 June 6th, 1944. The Invasion of Normandy when World War II hung in the balance. By the end of this day – “The Longest Day” – over four thousand lay dead on the cold beaches of France in Hitler’s “Festung Europa” – Fortress Europe. The gallantry of this day is etched forever on my mind since I was a child.
In movies, in conversations with men who landed with the Rangers, on the beaches of Sword, Gold, Juno, Omaha, Utah. And those brave souls who climbed up Pointe du Hoc and were immortalized in Ronald Reagan’s timeless speech on the heights of Normandy in celebration.

The price was clear. Men from America, Britain, Canada and some occupied European territories would land on the beaches and many would die before noon. The mighty task of the invasion is rarely remembered today. Its secrecy was probably the grandest and boldest military deception the world has ever known. Two years of planning – all the while deceiving German intelligence as to the real landing point. And then the sheer logistics of ships, men, training, landing craft, coordination among it all.
Eisenhower who deftly navigated the demands of eccentric generals, who visited the Airborne troops to wish them luck – knowing that their casualties would be even higher than others that Fateful Day. Eisenhower who had written out his resignation and accepted complete responsibility for the probable debacle and severe defeat which odds almost dictated might ensue.

Yet the Fates smiled. The Germans were deceived. The landings, even on the wrong beaches, took hold. And men steeled their hearts and souls and pushed inland. They held. They gritted their teeth from wounds and blood. They held on. For the loss would be not only theirs, but the civilizations of English law which held that Individual Rights held sway over the Rights of the State like National Socialism and even the International Socialism of Soviet Russia, our erstwhile ally. Free men, fighting for a cause and dying for a cause, lay dead in the swells of a cruel sea.
Our Future would indeed be grim with a Normandy defeat. I shudder to think of a war going on years further. Of an uneasy peace struck with the National Socialists due to losses which would make Stalingrad almost bearable.

But today I look to the past and thank those men whose very lives gave me and my family a better life. Yes, it is a reach far into the past, but in the rhythm of History, they do not ever lie far from my thoughts.
I am forever grateful. God Bless America.
Posting....