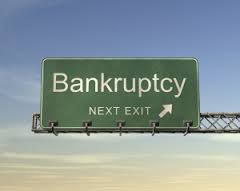 I am fascinated by economics because this field is based upon math, markets and human behavior. Humans seems to be the most unpredictable variable in economics.  The stock market – if reduced to charts like Japanese Candlesticks – explain how humans will buy a commodity like rice (which originated Japanese Candlesticks 200 or more years ago) and bid it up and up.  And then it crashes with too much surplus.  Repeat.

The governor or managers of Puerto Rico shot themselves in the foot when they blew off creditors – and paid Christmas bonuses.  That is a callous mismanagement mistake.  “Sorry.  Don’t have enough to pay you back, bro.  But I bought this champagne.”   A slap in the chops to every creditor.

Simply put, the bankrupt island can’t pay everything it owes, so creditors are taking aim at each other as they squabble over who will get what’s left. But the debt’s size and the tangled process invented to rescue Puerto Rico mean there’s no established rule book to shape what comes next.

Holders of general-obligation debt have declared their right to be paid first, owners of sales-tax bonds are squabbling with one another over who deserves priority, and they’re all up against the commonwealth’s leaders, who want the cash for essential services. Amid this melee, Puerto Rico’s federal overseers will have to choose between paying U.S. hedge funds everything they’re owed or keeping schools, water and electricity running.

“There just isn’t enough money,” said Matt Fabian, a partner with Municipal Market Analytics Inc. in Concord, Massachusetts, who foresees a chaotic brew of lawsuits, federal interventions and politics. “Nobody has any idea what’s going to happen.”

Other cities are dealing with the fallout of mismanagement like Hartford, Connecticut that is undertaking a bankruptcy examination.

California is a horribly managed state.  Their legislative branches have no opposition from which to counter excessive or ridiculous legislation.  Their CALSTRS and CALPERS programs are underfunded by $1 to $1.4 Trillion Dollars.  That’s “Trillion” with a “T”.

Simply put, the union bosses in California approached politicians and filled their coffers with reelection money.  The union bosses then got very favorable – and completely unsustainable – deals for their members.  Pensions that are lavish by almost every standard.  Employees can rack up the last year of all their unpaid leave, unpaid vacation, work extras hours, etc., and jimmy up their actual pension by another 10-12-17% – far beyond the actuarial tables and projections of a pension fund.

Even the biased incompetents at major news outlets like the Los Angeles Times have to report the obvious.  Numerous cities are doing their 2017-2018 budgets and watching the pension costs rise precipitiously.  Many will have to go bankrupt.

The asshats in Sacramento will have to DOUBLE city contributions to the state.

But her former employer, East San Gabriel Valley Human Services Consortium, left a $406,027 unpaid bill to the California Public Employees’ Retirement System, which manages benefits for 3,000 local governments and districts. As Calpers, the nation’s largest public pension, deals with a growing gap between what’s been promised and what’s been set aside, it may slash the checks of Lynch and 190 other workers by 63 percent — the rate by which the agency has fallen short.

In this article, the CalPERS pension plan may slash benefits by 63%.

“We were always told that it was set in stone. Now to find out that’s not true — is the sky blue? Is water wet?” Lynch, who lives in a 1994 motor home, said of her pension. “We’ve paid 100 percent of our responsibility into it. I just don’t understand how they can come along and cut so much out.”

Because they are POLITICIANS who overpromise to get elected and underdeliver because of their incompetence and mismanagement.

They were selling you Bridges in Brooklyn.