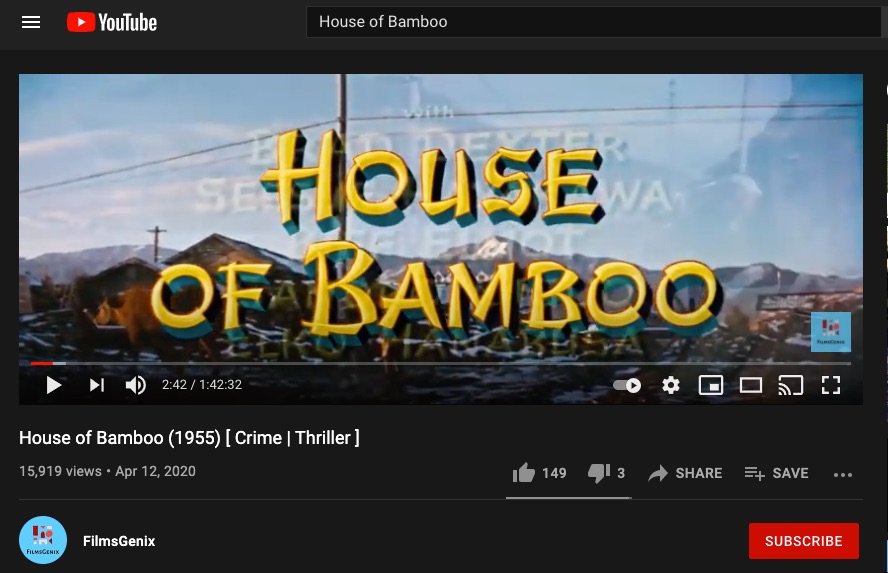 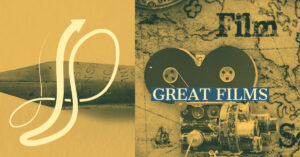 Sam Fuller was an iconoclast director who was fearless in making his unique films in the Studio System and beyond.  I met him in the late 1980’s when he was chomping on his cigar and testy.  A driven filmmaker for sure.

As of today, his film “House of Bamboo” is on YouTube to watch for free. 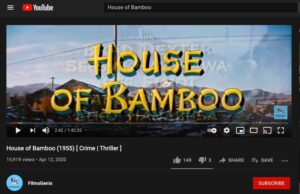 Samuel Michael Fuller (August 12, 1912 – October 30, 1997)[1] was an American screenwriter, novelist, and film director known for low-budget, understated genre movies with controversial themes, often made outside the conventional studio system. Fuller wrote his first screenplay for Hats Off in 1936, and made his directorial debut with the Western I Shot Jesse James (1949). He would continue to direct several other Westerns and war thrillers throughout the 1950s.

Fuller shifted from Westerns and war thrillers in the 1960s with his low-budget thriller Shock Corridor in 1963, followed by the neo-noir The Naked Kiss (1964). He was inactive in filmmaking for most of the 1970s, before writing and directing the war epic The Big Red One (1980), and the experimental White Dog (1982), whose screenplay he co-wrote with Curtis Hanson.