Disruptions in Cabs: No More Coffee With Comedians 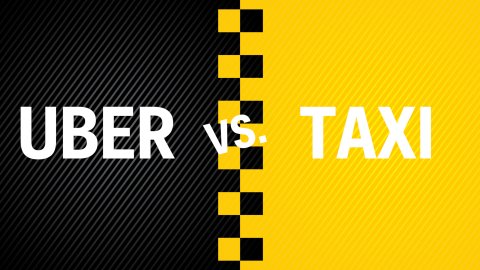 Uber and Lyft have continued to disrupt patterns in the transportation grid,  primarily in the cab business.   I can speak from personal experience on a trip to Miami.  Cab driver = rude, dangerous, expensive.  Uber driver=courteous, inexpensive, clean, safe.   I was warned at a coffee shop in Miami:  “Many cab drivers in Miami will tell you their meter is out and they only take cash.  It’s a scheme.”

What are the Questions to Ask?

We have a collision between the Old and the New.  The cab industry went to court to protect itself, claiming that Uber and Lyft are operating as cabs without the same financial and regulatory burdens.  An unfair advantage.

But the U.S. 7th Circuit Court of Appeals ultimately rejected the taxi industry’s argument. Cabs and ride-hailing, the court ruled last October, are distinct services and could thus be regulated differently. In April, the Supreme Court declined to hear the case and the 7th Circuit’s finding stood.

“Were the old deemed to have a constitutional right to preclude the entry of the new into the markets of the old, economic progress might grind to a halt,” Judge Richard Posner wrote in the 7th Circuit decision. “Instead of taxis we might have horse and buggies; instead of the telephone, the telegraph; instead of computers, slide rules.”    Source: USA Today

I would agree that burdening New technology with Old regulations may not apply.  New structures and technology arise.  The judge invoked the ‘rollback’ that would occur if this precept were applied to taxis too – horse and buggies.  In many ways, the question is similar to land ownership issues – how many generations or years or millennia does one go back to establish ownership?   In this case, would the Romans technically own Paris?  Or do you find descendants of the original local tribe – the Parisi – and give them the deeds?

The court differentiated between cabs and ride-hailing services.   The ride-hailing services like Uber and Lyft have helped society in a number of ways.  Many cabs in New York or Chicago wouldn’t go into low income areas – that’s not where the money is for expensive cabs.  But lower cost ride sharing found an underserved clientele in this areas.  In addition, the shorter rides in Uber/Lyft meant more trips for local drivers – and more immediate mobility as compared to public transportation for its populace.  Could people who have more mobility also have more opportunity?  I would think so.  But mobility in densely populated cities comes at a price.  If one is only able to afford public transportation, then mobility is limited to the public transportation grid and a certain walking distance.   If it becomes an unlimited grid (direct address delivery like a cab/UberLyft) for a modest price,  the opportunity quotient soars.  The math is straightforward and linked to human behavior:  If a person has $200 a month in discretionary travel spending, then a public transportation pass plus a three cabs means “X” number of opportunities.  If that same $200 translates into  a public transportation pass plus fifteen or twenty rideshares, then there is an increase in the mobility/opportunity quotient.

Search under Google with the term “Chicago Failed City” and you will get dozens of articles.   In one article, entitled “Illinois is a Failed State” (Observer), you get this note:

So what could cause residents of a particular state to flee like rats abandoning a sinking ship? According to Roger Keats a former Republican Illinois State Senator who decided to leave his longtime home to retire in Texas, the cause is, “Corruption and taxes. It isn’t just high taxes, it is the shitty government you get for the high taxes.”

Illinois is a quagmire, recently downgraded by Moody’s to near junk bond status.  Chicago too is a failed city-state in its own right.  Cook County seems to dictate to Springfield with its poor government, high taxes and inability to realize one thing:  “Doing the same thing over and over with the same result is the definition of insanity.”  Cabs and ride-sharing show the mentality of the Old (old city mentality) with the innovative New (technical inventions).

As is the case in New York, politics and government in Illinois are dominated by the overwhelmingly large population of its biggest city. According to Keats, “As long as the voters in Chicago don’t care about open corruption, crap schools, high property taxes and dangerous streets, nothing will improve. The Chicago electorate votes over 80% for the crooks and that is enough to dominate the state.”

The Old Way of doing business is collapsing in many areas, including education, transportation and government programs.   Chicago’s attempt to stem violent crime failed.  The bureaucrats can’t conceive of lowering taxes in specific areas with high-unemployment, start training classes for those jobs to encourage prosperity and more.

In Chicago, one of the bastions of failed functioning government, the cab industry is under siege from its app driven tech competitors.   To compete with Uber and Lyft, the cab drivers unions are calling for changes in government costs.  What are government costs anyway?  Taxes, fees…excessive and endless.

The union is calling on the city take several actions to provide relief for the city’s struggling taxi industry, including changing rules so taxi drivers aren’t required to replace their vehicles as often, waive an annual $1,176 per taxi ground transportation tax fee, and eliminating a city medallion license renewal fee that costs owners $1,000 every two years.

“When they opened up ground transportation and taxi market to thousands of for-hire vehicles like Uber, Lyft and now Via . . . taxi driver income has been decimated and owner-operators are unable to keep up with loan payments for their medallions plus their high-operating costs,” said Tracey Abman , associate director at AFSCME. “As a result of that, hundreds of taxi owner-operators are facing foreclosures on their medallions and thousands more foreclosures are likely unless the city takes substantial action to reduce the financial burden on small taxi owners.”

About 1,000 taxi drivers were expected during the protest Wednesday in Berlin. Here, demonstrators gather near Olympia Stadium.

The Chicago cab drivers want financial relief commensurate with their competitors costs to level the playing field.  In my experience, the cab drivers might also start with personal acknowedgement and behavior change.  Just because they hold a government monopoly with their medallions (the metal plate which is the cab license), does not mean that you can be rude, have a grimy vehicle and more.  People no longer have to ‘take this crap’ and are proving it by using the cheaper, more convenient Uber and Lyft.

Chicago’s Department of Business Affairs and Consumer Protection said in a statement that it is prepared to continue talks with cab owners and operators on ways to reduce the regulations on the industry. But the city agency noted that it also has already taken a series of actions to try to help the bottom lines of owners and operators, including hiking taxi fares by 15%, reducing credit card transaction fees on rides, and reducing the medallion transfer tax by 80%.

“Transportation companies compete for customers, and ultimately it is the consumer who makes the choice,” the city agency said.

The value of Chicago medallions hit a median sales peak of $357,000 in late 2013, just before Uber arrived on the scene in Chicago. In April, one medallion sold for just $35,000, according to city data.

Technical innovation also collapsed in New York cab business where a medallion in 2014 went for $1.3 Million and was sold recently for $250k.

Developing new structures and methods is difficult.  The human tendency is to cling to the Known World.  Adventure is for the young – but it inevitably changes Everyone.     Elderly people have to learn about smartphones and apps.  But State and City governments are amongst the most complacent and unmovable objects on the planet.  Rarely does innovation come from within the government structure – that would be rocking the boat and endangering your job and potential pension (which might be gone anyway in the future).

I read an article whereby Millenials were embracing Old Time jobs that require skill, a public audience and are tactile.  You actually make a product.  These jobs – butcher, bartender, bookbinder and more – have a resurgence of interest because they involve humans relating to humans and a physical outcome of a tangible product.  A drink, a prepared meat product, a book.  Objects that can be created and handed from one human to another human.  We have not lost our sense of humanity.  And in the ride-sharing world where the Customer gets to rate its drivers (unlike cab companies who have their primary allegiance to a government driven licensing monopoly), the human touch only grows with mobility and opportunity.