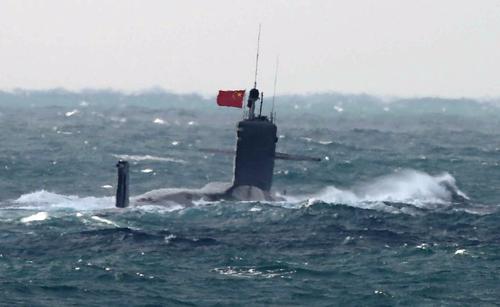 From the article:  Japan’s defense ministry has announced that it believes a Chinese submarine is in waters near its southern islands, saying the submarine was spotted Sunday traversing to the northwest just outside Japanese territorial waters near Amami Oshima island. During the same sighting a Chinese destroyer was also spotted in the area. It’s unclear whether the submarine ever breached Japan’s waters – based on official statements it doesn’t appear so – and the incident comes after years of Tokyo complaining of such aggressive Chinese incursions.

Unfortunately, my novel is coming to life!