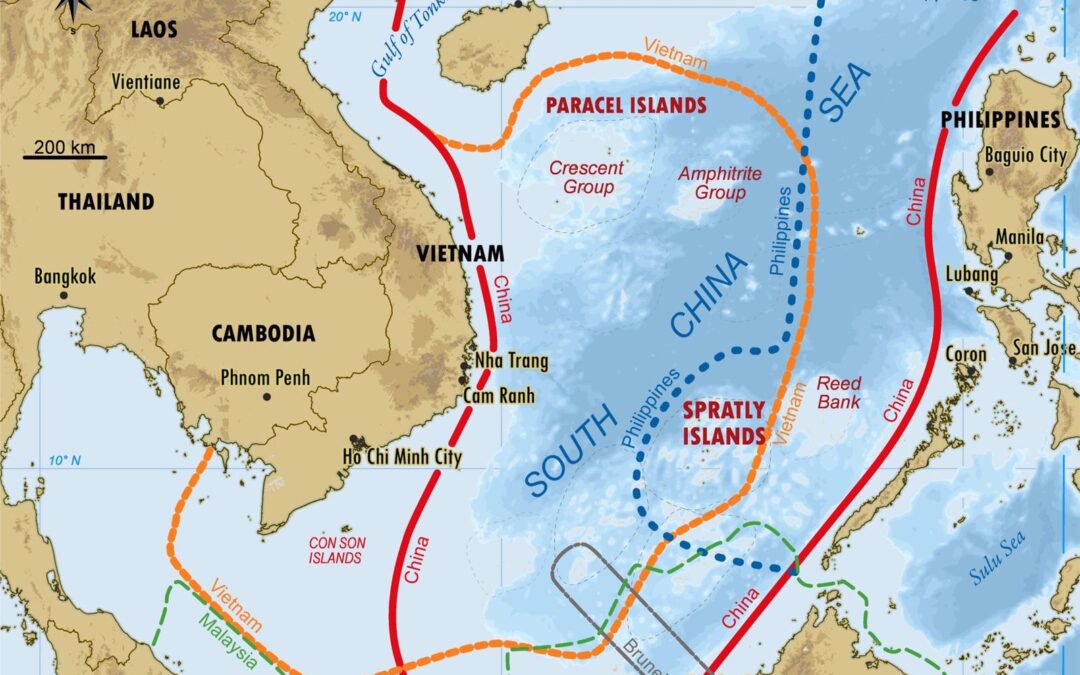 China has pushed over the last fifteen plus years to claim the South China Sea through a series of maneuvers in this strategic area.  The South China Sea covers a vast area.  My “Stealing Thunder” novel series (shameless plug – link here) details a coup in China by generals who wish to start a war with Japan – China’s longtime enemy in the region.  Of course, this war is a power shift because…

The Critical Strategy is also to deprive key US Allies like Japan, South Korea and the Phillipines from shipping which is necessary for their country’s economic well-being.  This situation became the basis for my novel series and seems to becoming true more every year.

The PLAN deploys numerous tactics in this endeavor including the occupation of reefs, shoals and islets claimed by the other nations, threats and obstruction of the Freedom of navigation on the High Seas principles. 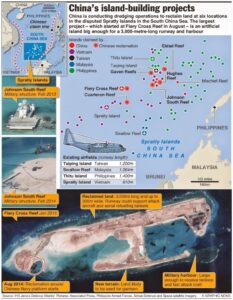 The United States remains firm that any coastal state law or regulation must not infringe upon navigation and overflight rights enjoyed by all nations under international law,” said John Supple, a Pentagon spokesman, in response to questions about China’s decree this week.

“Unlawful and sweeping maritime claims, including in the South China Sea, pose a serious threat to the freedom of the seas, including the freedoms of navigation and overflight, free trade and unimpeded lawful commerce, and the rights and interests of South China Sea and other littoral nations,” he said.