Australia has been beefing up its naval force with the strategic shifts in its region.  Communist China has grown its naval force considerably over the last two decades, moving from a wholly littoral force to a blue water navy. 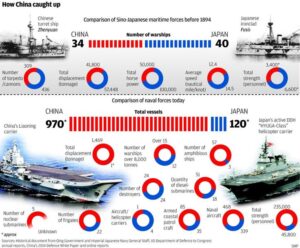 Strategically, one can look at a map and get a pretty good picture of the ongoing situation.  China has pushed into the South China Sea and the Spratley Islands.  The PLAN – “People’s Liberation Army Navy” – will regularly warn ships that they are transiting China’s waters when, according to an international ruling, the waters are entirely within normal passage on International Waters.  China would seek to curtail shipping to major US Allies like South Korea and Japan.  At the same time, these Allies plus the Philippines, Indonesia and Australia would like to ‘box in’ China’s maneuverability.

So Australia sought a more advanced nuclear submarine with US and UK technology compared to a French diesel-electric submarine deal.  However, these nuclear submarines are challenging to operate and require a lot of infrastructure – though they are very potent weapons.

Australia could buy used submarine’s from Japan, thus improving its strategic and tactical abilities in the short-term too.  Check out the article which suggests: 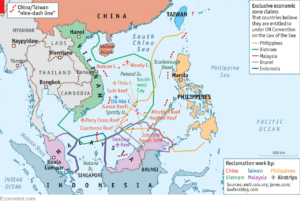