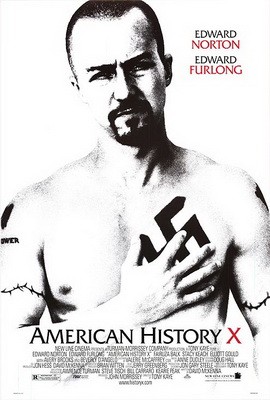 The film tells the story of two brothers from Venice, Los Angeles who become involved in the neo-Nazi movement. The older brother serves three years in prison for voluntary manslaughter, changes his beliefs and tries to prevent his brother from going down the same path. The film is told in the style of nonlinear narrative. Made on a budget of $20 million, the film grossed $24 million at the worldwide box office.

Critics mostly praised the film and Norton’s performance, which earned him an Academy Award nomination for Best Actor. In September 2008, Empire magazine named it the 311th Greatest Movie of All Time.[2]