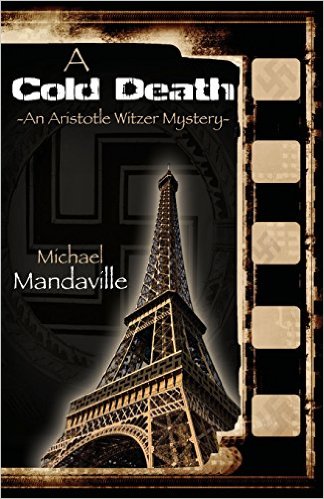 Synopsis:  In Paris, American film student Adele Longet is murdered. Aristotle Witzer, a Defense Analyst new to America’s Paris embassy, gets a late night call to get a police report. Witzer is drawn into hutning for her killer, encountering film fanatics, Catacombs lovers and scum from France’s Nazi past. In Paris Catacombs, underground rave parties blaze until dawn with ecstasy, sex and cinema as Witzer scrambles through this subterranean web – the haunt of French kings, the sanctuary for Resistance Fighters and the domain of partying ‘Cataphiles’. Who murdered Adele? Unexposed French collaborators? Drug dealers? Criminal kingpins? He can trust no one. On a hot summer night, when a famed music festival shuts down the City of Light, he searches for a drug lab with answers to Adele’s murder – and the clue to his own daughter’s kidnaping – before he loses her to “A Cold Death”.